During January 27 to the west, south-west and south of Gatchina, our troops, continuing to develop the offensive, occupied the city and the VOLOSOVO railway station, as well as more than 40 other settlements.

The offensive of Soviet tanks to Volosovo.

In January 1944, Soviet troops launched an offensive operation to release Leningrad from the enemy blockade.


The 2nd Shock Army was attacking Volosovo.
On January 26, the tank brigade commanded by Colonel Khrustitsky took Torosova and was preparing to attack Volosovo.
The German troops retreated in an orderly manner and left behind the rearguard.
The Dutch Volunteer Division of Nordland retreated.
The anti-tank company under the command of obersturmfuhrer Langendorf took a position in the village of Gubanitsy.

Colonel Khrustitsky sent a tank company under the command of Senior Lieutenant Sobinin, bypassing Gubanitsy. Himself leads the attack on the mainstream.
The result of the battle was the burning of 43 Soviet tanks, 16 tanks returned to their old positions. The brigade commander Vladislav Khrustitsky was killed.
The German part withdrew from the battle without losses.

After that, the division of Nordland retreats to Estonia, at the previously prepared fortified Panther Line.

Before the attack. Still alive. 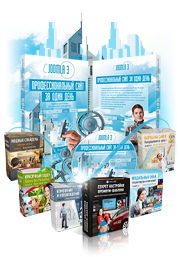